Enhancing the life of space personnel in orbiting space stations as well as in future moon, mars and meteorite human bases is one of the challenges Cybercultus is looking to adress in the coming years. Nowadays, cosmonauts in space are faced with very harsh and constrained living environments, both in terms of “space confinement” and “nature immersion”. Such a situation has strong physical and psychological impacts on the persons living in space, in particular for longer stays ( months / years).

The challenge to overcome is to  help today’s and future staff in space feel less constrained by their habitat physical limitations and closer to the natural settings they are used to on earth.

Designing innovative solutions mixing biology and virtual reality in order to create environments enabling cosmonauts and staff in space to feel as if they were at home. Solutions covering aspects such as family and friends life, cultural life, fauna and flora life, seasons, outdoors exploration, should be proposed. The technical challenges, be it in the form of live 3D communication, virtual and augmented reality, biological life and reproduction should be addressed and proposed.  Radical ideas should be conceived and a system architecture specifying key infrastructures for such environments should be elaborated.

As such environments are futuristic by essence, a phased business / operational approach should be investigated, whereby initial earth applications should be targeted at in extreme conditions such as polar or artic stations, followed by applications for space stations and leading to the last step of lunar and mars stations.

A comprehensive concept describing envisaged applications and technologies to be used, as well as a proposed system architecture of the core components and infrastructure to be used should be generated. 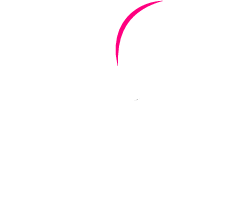 Or register in less than one minute!